One on One with the new Chancellor Sharon L Gaber, Ph.D & Founding Dean of the College of Arts + Architecture and Ken Lambla, FAIA

Sharon L. Gaber, Ph.D., is the fifth chancellor of the University of North Carolina at Charlotte. Known as North Carolina's urban research university, it leverages its location in the state's largest city to offer internationally competitive programs of research and creative activity, exemplary undergraduate, graduate, and professional programs, and a focused set of community engagement initiatives. UNC Charlotte maintains a particular commitment to addressing the cultural, economic, educational, environmental, health, and social needs of the greater Charlotte region.

With a student population soon to exceed 30,000 (due to a 33% increase in enrollment since 2009), it is the fastest-growing -- and third-largest -- institution in the 17-member University of North Carolina System. Its diverse student body, 37% of whom are first-generation college students, comes from 47 states and 105 countries.

An academic with a background in city and regional planning, Gaber was named by Education Dive one of five higher education leaders to watch in 2018 and beyond. She is recognized nationally for her efforts as president of the University of Toledo to increase enrollment, improve graduation and retention rates, keep education affordable, increase research funding, improve connection to the surrounding metro region and make the campus environment diverse and inclusive. Prior to her five years in Toledo, Gaber served as provost and vice chancellor for academic affairs at the University of Arkansas. She has also been an interim provost at Auburn University and a faculty member and administrator for the University of Nebraska-Lincoln.

Gaber earned an A.B. in Economics and Urban Studies at Occidental College. She received an M.P.L. in Urban Planning from the University of Southern California and a Ph.D. from Cornell University in City & Regional Planning.

Gaber is the author of articles on regional and urban planning, public policy and the social dynamics that affect community decision-making. She also is co-author of a book on planning research methods. Deeply engaged in community and regional activities, she has served as the Mid-American Conference representative on the Division 1 NCAA President's Forum and as a member of the NCAA Strategic Plan Committee. She was named a YWCA Northwest Ohio Milestone award recipient for women's leadership in 2020. She is a member of the Charlotte Executive Leadership Council and the International Women's Forum - Carolinas.

Officially the first woman to serve as chancellor of UNC Charlotte, Gaber follows the trail blazed by founding educator Bonnie Cone, who led the institution from 1946-1966 through several stages of growth. 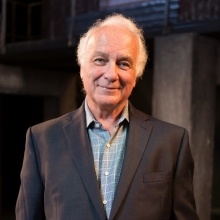 Ken Lambla, FAIA, is the founding Dean of the College of Arts + Architecture, UNC Charlotte, where he has been on the faculty since 1983.  He received his Bachelor of Environmental Design degree from the University of Kansas, and his Master of Architecture degree from the University of California, Berkeley.  Additionally, he studied urban planning and law at UNC Chapel Hill.

His career in both education and practice is focused on architecture and the arts as forms of community development and advocates social responsibility, craft, and innovation. Lambla has taught in Illinois, California, the United Kingdom (London), Italy, The Netherlands, France, Canada, and North Carolina focused on:  architectural design, design process/creative leadership, and social histories connecting art, design, and visual and performing arts as critical to cultural representation.

He has worked as an architect and urban designer in Belfast (Northern Ireland), Chicago, San Francisco, and during his tenure at UNC Charlotte throughout North Carolina on educational and institutional projects. His research has focused on social histories of housing projects completed in Chicago and Rotterdam, The Netherlands.

In Charlotte he has served on the National Advisory Board and the Board of Directors of the McColl Center for Art + Innovation, Historical Elizabeth Neighborhood Foundation, Charlotte Ballet, and has worked on projects with the Mint Museum, the ASC Task Force for Spirit Square, the Levine Museum of the New South, Charlotte Teachers Institute, First Ward and Irwin Open Elementary Schools, and helped produce Violins of Hope, a cross-community cultural project focused on the North American premiere exhibition of violins played in Holocaust concentration camps.

Lambla stepped down as Dean in December 2018 to return to the faculty. He was named to the College of Fellows of the American Institute of Architects in 2021.

Thank you to our Annual Platinum Sponsors